This full-page decorative border features trees without leaves, presumably in Winter, and statues that from the context we know to be monuments on tombs. In the foreground is a lilly-pond. [more...] [$]

Vintage border of brambles and flowers


This half-border (bottom of the page and one side) features blackberry vines and flowers; the flowers might be intended to be blackberries but seem too large. [more...] [$] 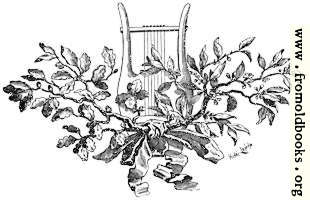 
This woodcut was used as decoration to mark the end of a chapter; it features oak branches, with leaves and acorns in their cups, and also misteltoe branches with leaves and the white berries, a harp with seven strings, and, [...] [more...] [$] 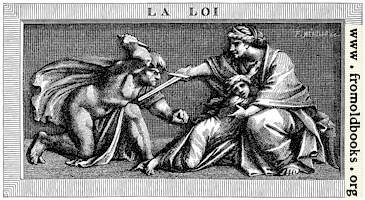 
The title means, The Law: The weak find strength in the law that protects them. [more...] [$] 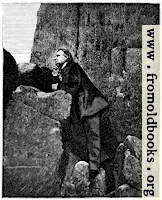 Victor Hugo amongst the rocks at Jersey 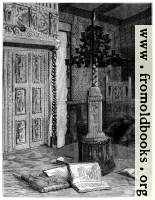 
The boy “Gavroche” from the book Les Misérables. A hundred years later the book was made into a musical that was very successful, of coure, and later a film, but at this time it was a book. [more...] [$]


An engraving of a sketch of Fantine as a woman wearing a bonnet with a ribbon and looking away from us. [more...] [$] 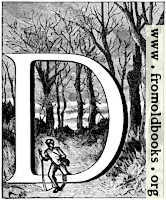 
This “vignetted” decorative initial features a person with a hat, a satchel, a walking stick, stepping over the initial letter and out of a path in a forest or deep woods. [more...] [$]

Victor Hugo at his writing desk


Victor Hugo in his study – A Sketch from Nature by M. Régamey. The picture shows the poet Victor Hugo standing at his writing desk, which the text implies was in his bedroom. The engraving is also signed, “Guillumy, Sc.” (for Sculpt, or engraved). The signature is hard to read and I could not find any [...] [more...] [$]