The Story of Some English Shires (page 1/4) 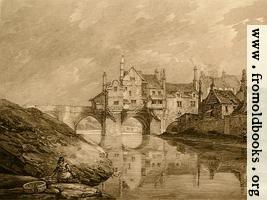 The Bridge at Durham


Etched by J.C. Varrall from a drawing by Thomas Hearne in the British Museum. Walter & Boutall ph. sc. [more...] [$] 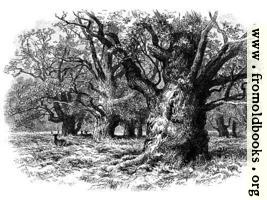 
“It is needless to speak of the glory shed over the Lake Country by the pen of Wordsworth, who gave an abiding expression to the influence which the varying moods of nature could exercise over the mind which frnkly lent itself to their charm. But, besides his descriptions of natural scenery, Wordsworth has also caught the historic character of the [...] by a simple and independent life. Yet his pen tended to sweep away their last remains—he made the Lakes a place of fashionable resort, and thereby drew them from their primitive isolation and made them part and parcel of the world around. As villas arose the old farmers disappeared; their land became valuable for building sites; they sold it, and disappeared from their ancestral homes. When the poet Gray visited Grassmere he found it inhabited by twenty-six dalesmen. It may be doubted if at the present day more than two or three survive.” (p. 135) [more...] [$] 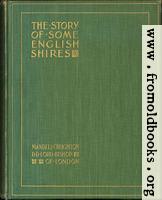 The book cover for “The Story of Some English Shires” 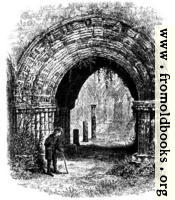 
[...] at the time of the Domesday survey [c. A.D. 1080] there was no county of Lancashire, but the three portions which the county now contains lay scattered. The district of Cartmell had been detached from Cumberland, and together with Amunderness, formed part of Yorkshire. The southern lands were held by the Crown, and tended to form part of the great earldom of Chester. [...] Stephen, before his accession [...] [more...] [$]

Pictures from The Story of Some English Shires by Mandell Creighton, D.D., Lord Bishop of London (1843 – 1901). My copy says there were one hundred and fifty copies made.

There is also an entry in the Nuttall Encyclopædia for Mandell Creighton.