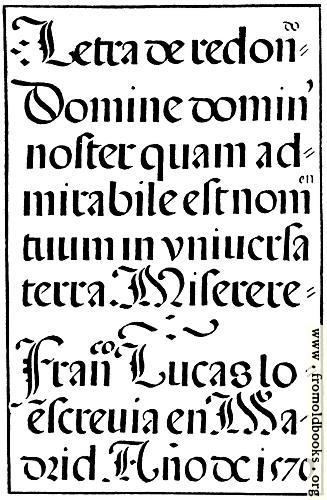 I have included higher resolution versions than usual for these three plates, e.g. for making into a font. Beware, however, that the letters are made by hand and are not perfectly upright.

Pia Frauss has made a font based on lettering by Francisco Lucas, although not using this particular image.