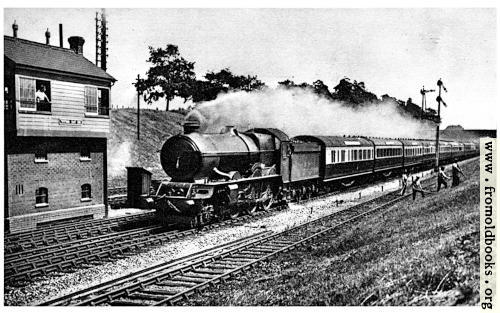 The locomotive here is probably a King class 4-6-0, and there are I think thirteen coaches. The picture was taken some time after 1927.