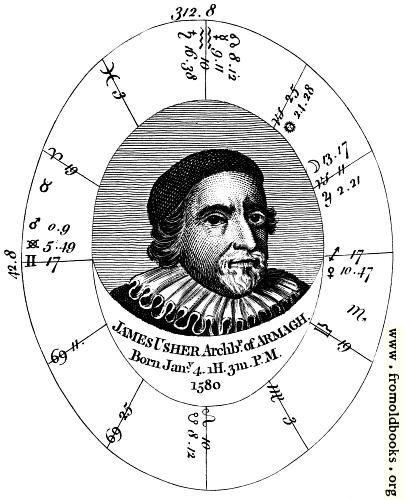 This is an astrological chart, with various astrological symbols arranged around a portrait of James Usher, more usually today written as Archbishop James Ussher, 1580/1581 – 1655/1656. He was Archbishop of Ireland, a Calvinist (protestant), and worked on chronolgy: his most famous work was to determine that the “date of creation” was the nightfall preceding the 23rd of October, 4004BC.

Note: the picture here gives January 1580 rather than 1581, that is because the year was considered to start in March or April, not on 1st January as today.

This is one of five similar charts on the same page, for various people.