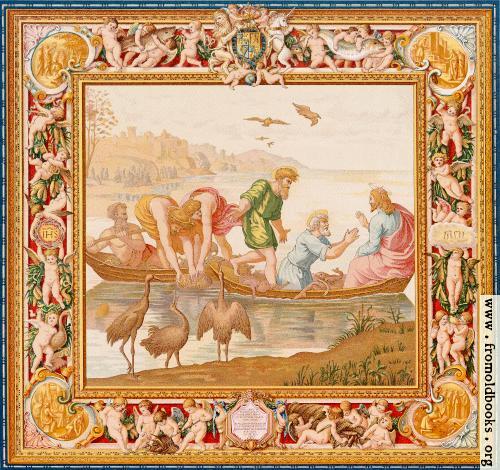 The Biblical scene illustrated here is where the fisthermen are having no luck and Jesus says, cast your nets on the other side of the boat; they do, and get lots of fish. The story does not make much literal sense, and the people in the small fishing village at the time would have known this: the point was the wider metaphor.

This image is of a tapestry, made in Mortlake near London (UK) in the Seventtnth Century, and presented by King James II to Louis XIV. The details in the tapestry itself are somewhat sketchy, perhaps created the intent of making a more detailed version later.