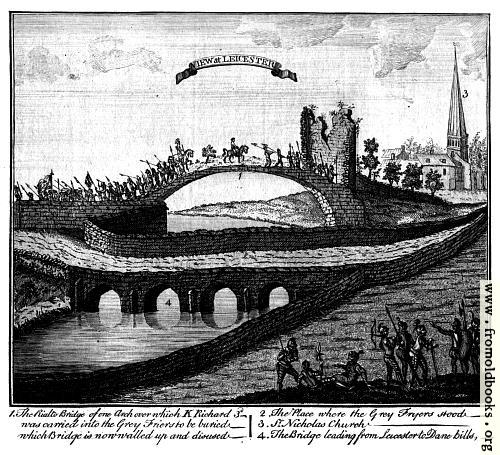 The caption reads as follows:

“1. The Rialto Bridge of one Arch over which K[ing] Richard 3d was carried into the Grey Friers to be buried, which Bridge is now walled up and disused.
2. The Place where the Grey Friers stood
3. St. Nicholas Church
4. The Bridge leading from Leicester to Dane Hills.”

The bridge is also referred to as Bow Bridge, but no longer exists. The replacement there today is also called Bow Bridge.