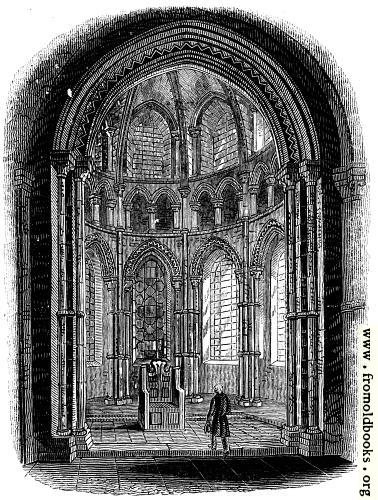 [...] an ancient chair in the chapel of the Holy Trinity, formed also of grey marble, in pieces, which is used for the enthronization of the Archbishops of the See, and which, sayeth tradition, was the ancient regal seat of the Saxon kings of Kent, who may have given it to the Cathedral as an emblem of their pious submission to Him who was then first declared unto them—the King of Kings (Fig. 567).” (p. 154)