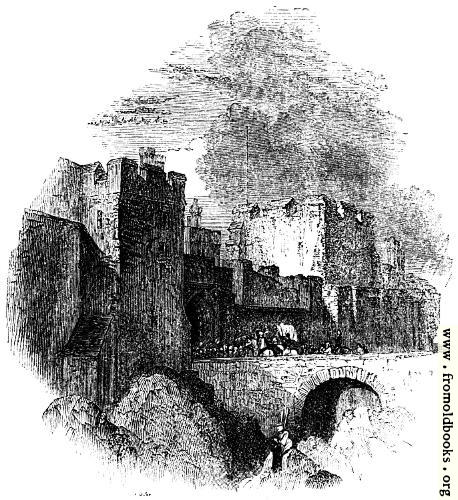 The knights arrive on horseback over the bridge and into the castle walls. Carlisle castle was built in 1090 on the site of an older Roman fortress.

The Castle of Carlisle was founded by William Rufus. He was the restorer of the city, after it had remained for two centuries in ruins through the Danish ravages. The Red King was a real benefactor to the people at this northern extremity of his kingdom. He first placed here a colony of Flemings, an industrious and skilful race, and then encouraged an immigration of husbandmen from the south, to instruct the poor and ignorant inhabitants in the arts of agriculture. We must not consider that these Norman kings were all tyrants. (p. 99)