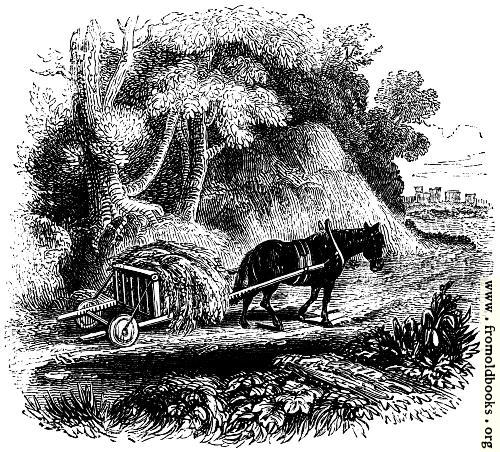 There are no remains of those terrible war-chariots of the Britons which Cæsar describes as striking terror into his legions. King, who labours very hard to prove that the people who stood up not only with undaunted courage, but military skill, against the conquerors of the world, were but painted savages, considers that the British war-chariot was essentially the same as the little low cart which the Welsh used in his day for agricultural purposes (Fig. 74).” (p. 23)