66.—Shield in the Meyrick Collectiondetails 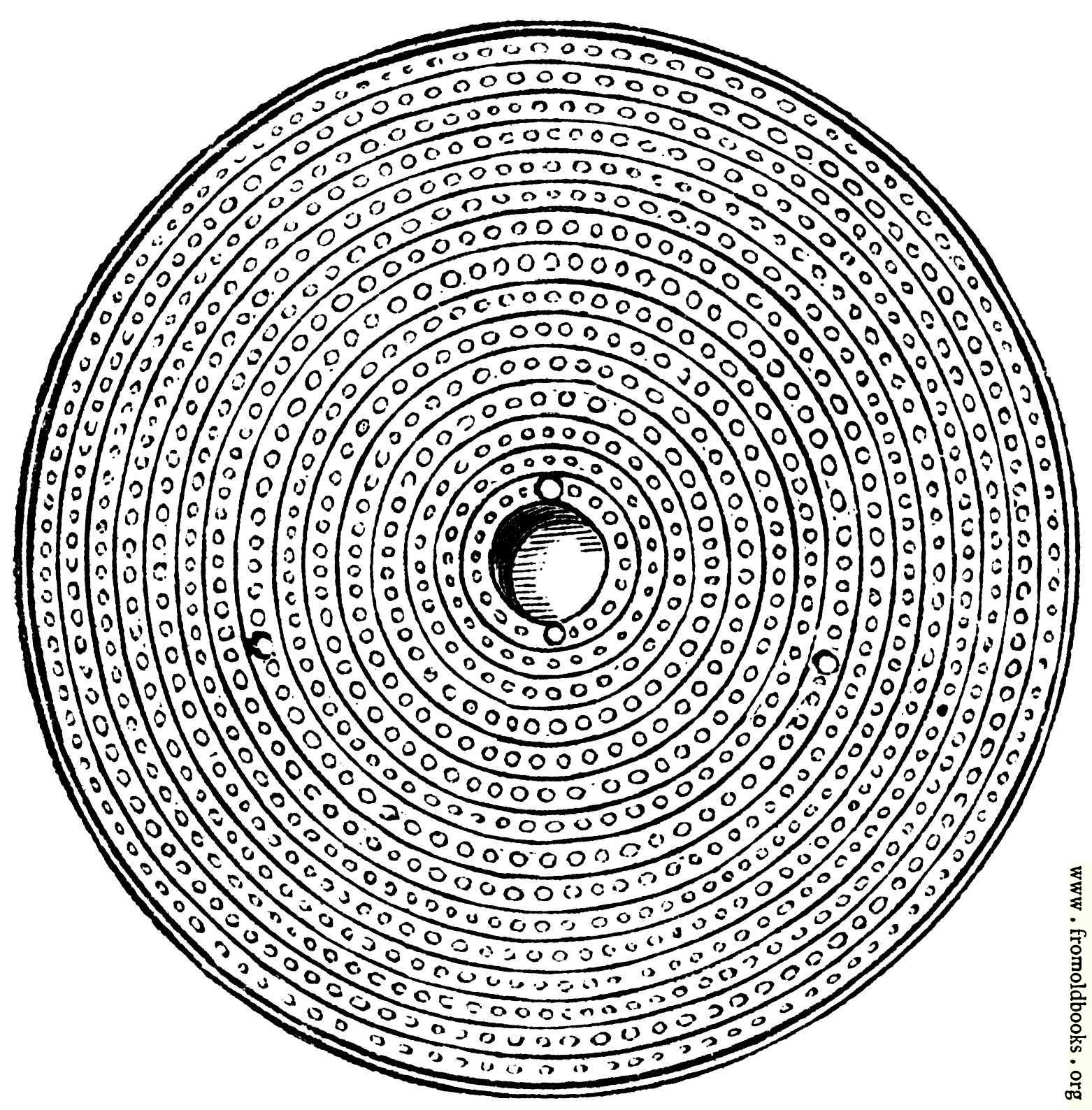 66.—Shield in the Meyrick Collection more

66.—Shield in the Meyrick Collection

It is equally difficult to determine the date of those valuable relics which have been found in various places, exhibiting a taste for symmetry and nice workmanship in the fabrication of their weapons, offensive and defensive, and the ruder decorations of their persons. Such are the remains of a golden breast-plate found at Mold in Flintshire, now in the British Museum (Fig. 64). Such are the shields (Figs. 65, 66, 67), of one of which (Fig. 67) Sir Samuel Meyrick, its possessor, says, “It is impossible to contemplate the artistic portions without feeling convinced that there is a mixture of British ornaments with such resemblances to the elegant designs on Roman works as would be produced by a people in a state of less civilization.” (p. 22)