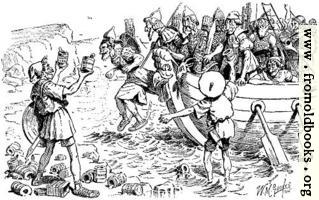 The Discovery of Tin in Britain


A cartoon illustrating how the Romans discovered that Britain had... er... tin. [$] 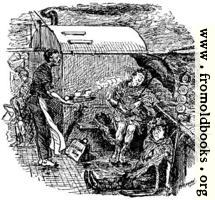 
“Cæsar [Caesar] first came to Great Britain on account of a bilious attack. On the way across the channel a violent storm came up. The great emporor and pantata believed he was drowning, so that in an instant’s time everything throughout his whole lifetime recurred [...] [more...] [$] 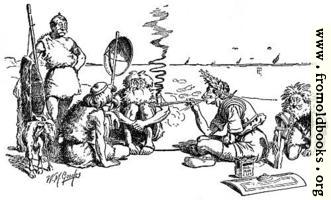 Cæsar treating with the Britons


Cæsar (the Roman emperor) sits cross-legged on the ground, sharing a Native American peace pipe with the barefooted Britons. Of course, tobacco was not known in the ancient Western world; it came from North America. The small box is labeled “HAS? PLUG CUT” (the first word was probably HASH or HASP but the plate appears to have been damaged; my copy [...] [more...] [$] 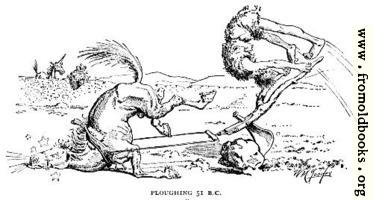 
“Agriculture had a pretty hard start among these people, and where now the glorious fields of splendid pale and billowy oatmeal may be seen interspersed with every kind of domestic and imported fertilizer in cunning little hillocks just bursting forth into fragrance by the roadside, then the vast island was a quaking swamp or covered by impervious [...] [more...] [$] 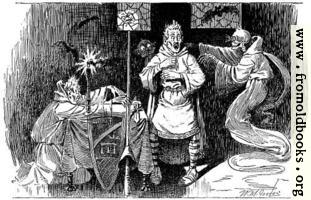 The Vigil of Arms


“The most peculiar condition required for entry into knighthood was the “vigil of arms,” which consisted in keeping a long silent watch in some gloomy spot—a haunted one preferred—over the arms he was about to assume. The illustration representing this subject is without doubt one of the best of the kind extant, and even in the present age of [...] [more...] [$] 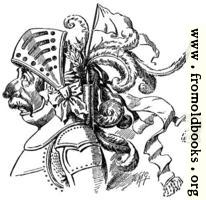 Crest of a Popular Knight


“He wore a crest on his helmet adorned with German favors given him by lady admirers, so that the crest of a popular young knight often looked like a slump at the Bon marché” (p. 103) [more...] [$]