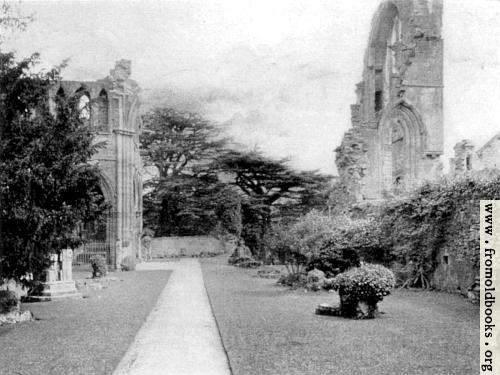 “Nestled in seclusion beside a loop on the banks of the Tweed stands the graceful ruins of Dryburgh Abbey.” says Historic Scotland.

Although the title of the book is “England Beautiful” the author was a very stereotypical American Tourist, and appeared not to distinguish between England, Scotland and Wales.

The abbey was probably founded in 1150. Sir Walter Scott is buried here.

There is also a watercolour of Dryburgh Abbey in another book; follow the Places shown link for Dryburgh.