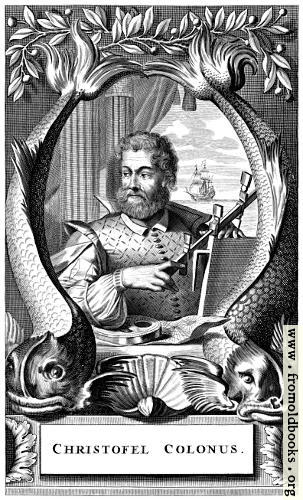 Christopher Columbus, of Christofer, or Christofel Colonus as written here, was responsible for bringing many diseases to Turtle Island, including Catholicism and rampant individualism, corporate greed and measles, in a selfish pursuit of personal riches and fame He is famous in some parts of the world for “discovering” America, although since it was already inhabited it would be fairer to say that he was the first from Europe for some four hundred years to arrive and trade with (or shoot at) the people here. There is an earlier Viking settlement in Canada but it appears not to have prospered, so Columbus gets the credit.