The Lady Rowena and the Golden Cupdetails 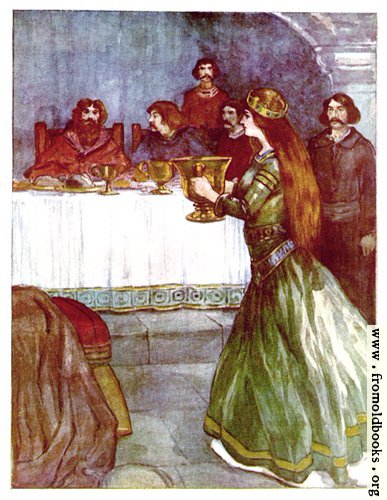 The Lady Rowena and the Golden Cup, in Caistor, Lincolnshire, England more

The Lady Rowena and the Golden Cup

Vortigern came and admired the castle [Thong Castle, near Lincoln] very much, although he was still rather angry with Hengist for having cheated him about the land.

Towards the end of the feast, Rowena [Hengist’s daughter] came into the room, carrying a beautiful golden cup in her hands. Vortigern stared at her in surprise. He had never seen any one so pretty before. He thouht that she must be a fairy, she was so lovely. (p. 39)