Alice and the White Queen Addresseddetails 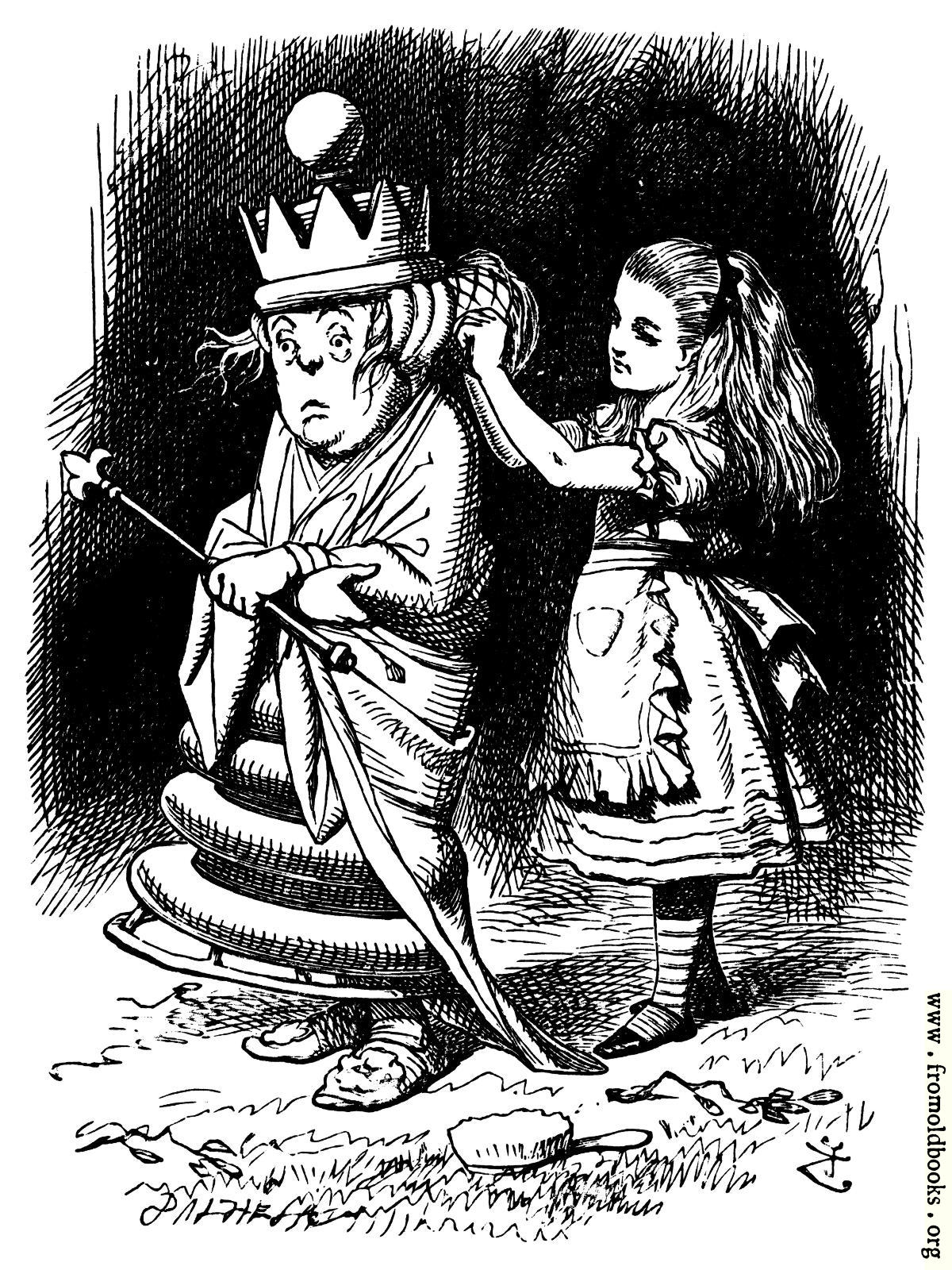 Alice and the White Queen Addressed

Alice felt that if there was to be any conversation at all, she must manage it herself. So she began rather timidly: “Am I addressing the White Queen?”

“Well, yes, if you call that a-dressing,” The Queen said. “It isn’t my notion of the thing, at all.”

Alice thought it would never do to have an argument at the very beginning of their conversation, so she smiled and said, “If your Majesty will only tell me the right way to begin, I’ll do it as well as I can.”

“But I don’t want it done at all!” groaned the poor Queen. “I’ve been a-dressing myself for the last two hours.”

It would have been all the better, as it seemed to Alice, if she had got some one else to dress her, she was so dreadfully untidy. “Every single thing’s crooked,” Alice thought to herself, “and she’s all over pins!——may I put your shawl straight for you?” she added aloud.

“I don’t know what’s the matter with it!” the Queen said, in a melancholy voice. “It’s out of temper, I think. I’ve pinned it here, and I’ve pinned it there, but there’s no pleasing it!’

“It can’t go straight, you know, if you pin it all on one side,” Alice said, as she gently put it right for her; “and, dear me, what a state your hair is in!”

“The brush has got entangled in it!” the Queen said with a sigh. “And I lost the comb yesterday.”

Alice carefully released the brush, and did her best to get the hair into order. “Come, you look rather better now!” she said, after altering most of the pins. “But really you should have a lady’s maid!”