A Great Huge Game of Chessdetails 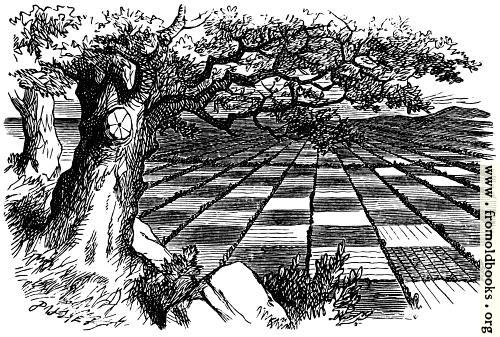 A Great Huge Game of Chess

For some minutes Alice stood without speaking, looking out in all directions over the country—and a most curious country it was. There were a number of tiny little brooks running straight across it from side to side, and the ground between was divided up into squares by a number of little green hedges, that reached from brook to brook.

“I declare it’s marked out just like a large chessboard!” Alice said at last. “There ought to be some men moving about somewhere—and so there are!” she added in a tone of delight, and her heart began to beat quick with excitement as she went on. “It’s a great huge game of chess that’s being played—all over the world—if this is the world at all, you know. Oh, what fun it is! How I wish I was one of them! I wouldn’t mind being a Pawn, if only I might join—though of course I should like to be a Queen, best.”