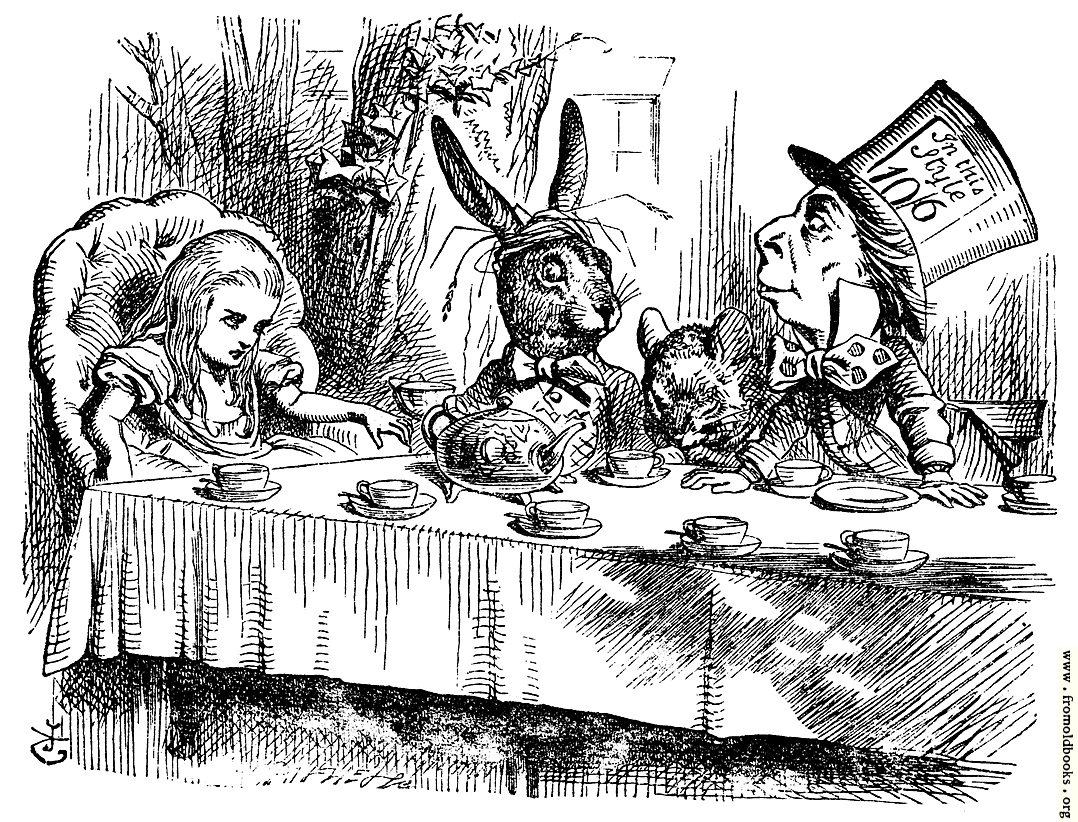 “There was a table set out under a tree in front of the house, and the March Hare and the Hatter were having tea at it: a Dormouse was sitting between them, fast asleep, and the other two were using it as a cushion, resting their elbows on it, and talking over its head. ‘Very uncomfortable for the Dormouse,’ thought Alice; ‘only, as it’s asleep, I suppose it doesn’t mind.’ ”

The Hatter is identified as someone who sells hats by a label on his top hat, “In this Style, 10/6” which is to say, ten shillings and sixpence. He wears a spotted crevat or bow tie.