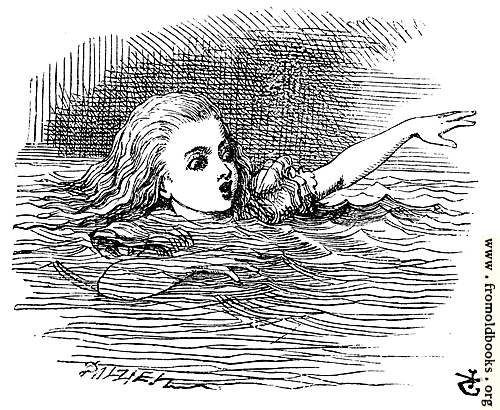 “As she said these words her foot slipped, and in another moment, splash! she was up to her chin in salt water. Her first idea was that she had somehow fallen into the sea, ‘and in that case I can go back by railway,’ she said to herself. (Alice had been to the seaside once in her life, and had come to the general conclusion, that wherever you go to on the English coast you find a number of bathing machines in the sea, some children digging in the sand with wooden spades, then a row of lodging houses, and behind them a railway station.) However, she soon made out that she was in the pool of tears which she had wept when she was nine feet high”