To take three thousand pounds from the fortune of their dear little boy would be impoverishing him.details 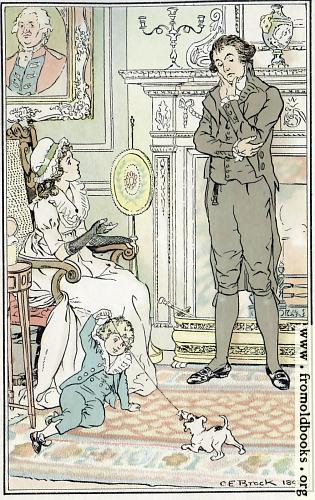 To take three thousand pounds from the fortune of their dear little boy would be impoverishing him. more

To take three thousand pounds from the fortune of their dear little boy would be impoverishing him.

Mrs. John Dashwood did not at all approve of what her husband intended to do for his sisters. To take three thousand pounds from the fortune of their dear little boy would be impoverishing him to the most dreadful degree. She begged him to think again on the subject. How could he answer it to himself to rob his child, and his only child too, of so large a sum? And what possible claim could the Miss Dashwoods, who were related to him only by half blood, which she considered as no relationship at all, have on his generosity to so large an amount. It was very well known that no affection was ever supposed to exist between the children of any man by different marriages; and why was he to ruin himself, and their poor little Harry, by giving away all his money to his half sisters? (Sense and Sensibility Chapter 2)

Thanks so much for making this available.