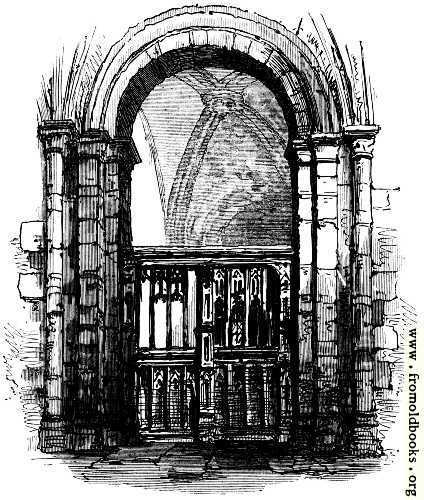 The Abbey of Selbey was founded by William the Conqueror, who richly endowed it, according to some because it was the place where Matilda of Flanders gave birth to Henry Beauclerc, while others state that this event was subsequent to the foundation. [...] It is in the Norman, the Early English, and the Decorated Styles [obviously only the Norman part would have been built in William’s time], with the exception of the central tower and mutliated south transept.” (p. 353)