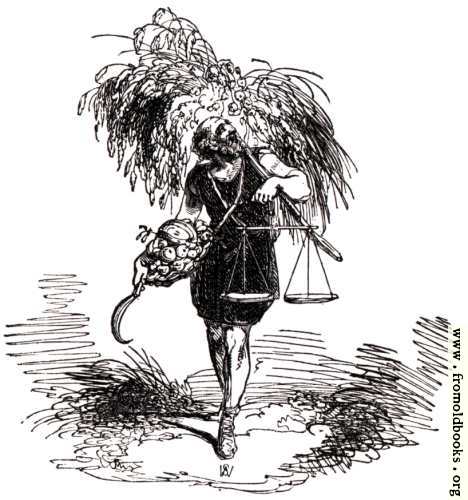 A man carries a bushel of wheat over his shoulder, and in his hands a scythe and a scale. A poem follows:

September.
Next him September marched eke on foot;
Yet was he heavy laden with the spoyle
Of harvest’s riches, which he made his boot,
And him enriched with bounty of the soyle;
In his one hand, as fit for harvest’s toyle,
He held a knfe-hook; and in th’ other hand
A paire of weights, with which he did assoyle
Both more and lesse, where it in doubt did stand,
And equal gave to each as justice duly scanned.     Spenser.