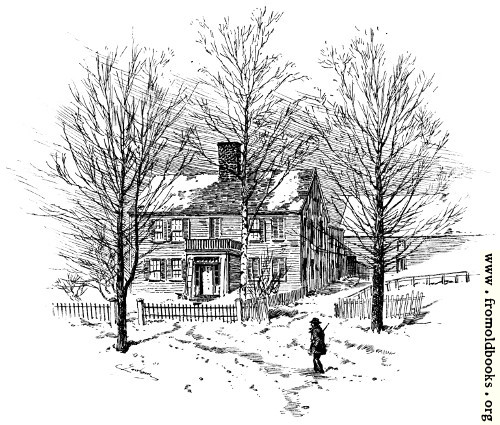 I thought this picture would make a good Christmas Card! It shows the New England house of a wealthy lawyer from the 18th century, snow-covered in a wintry December.

John Sullivan was a lawyer in Durham, New Hampshire. He had his own militia, and in 1774 one Paul Revere famousy rode up to his house in Durham; Sullivan raised his army along with other terrorist insurgents, and went down the river to Portsmouth, where they brutally killed the govenor of the fort there, as part of the uprising in the colonies stll known in America as a “war of independence”.