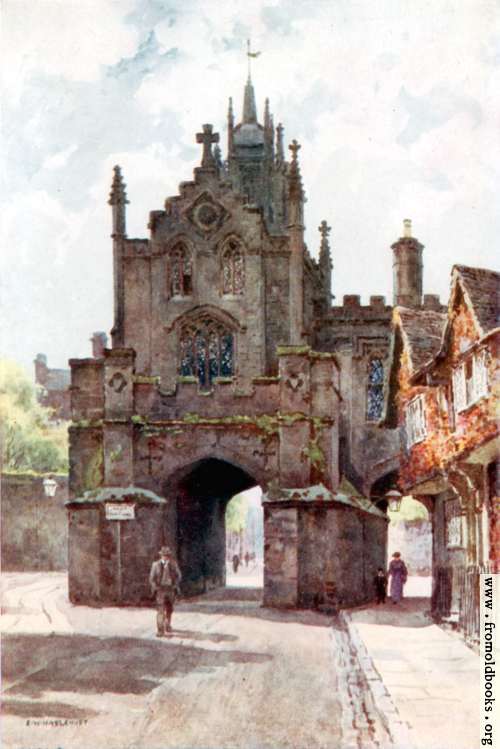 ...the beholder now looks down a narrow street, on each side of which here and there are dwelling-houses preserving their Elizabethan aspect, and at the further end of which, looming up like the background to a stage scene, stands, in all the grandeur of centuries of decay, the ancient East Gate of the town – all, indeed, that remains of a building ornamental and strong in its birth and dignified in its death.