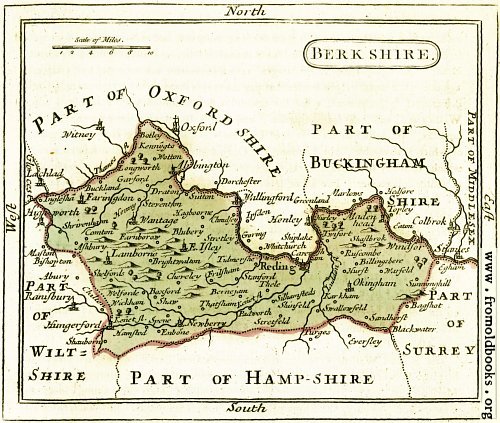 The Map of Berkshire

Grose, Francis: “The Antiquities of England and Wales Vol I” (1783)

A public domain map of the County of Berkshire in England, from 1783.

Note: I have only a very few of these: I own volumes one and two of the series, but volume two was sold to me via eBay and was entirely without maps when it arrived. I will try to pick up more volumes, but they average US$300 or more each and there are nine of them.