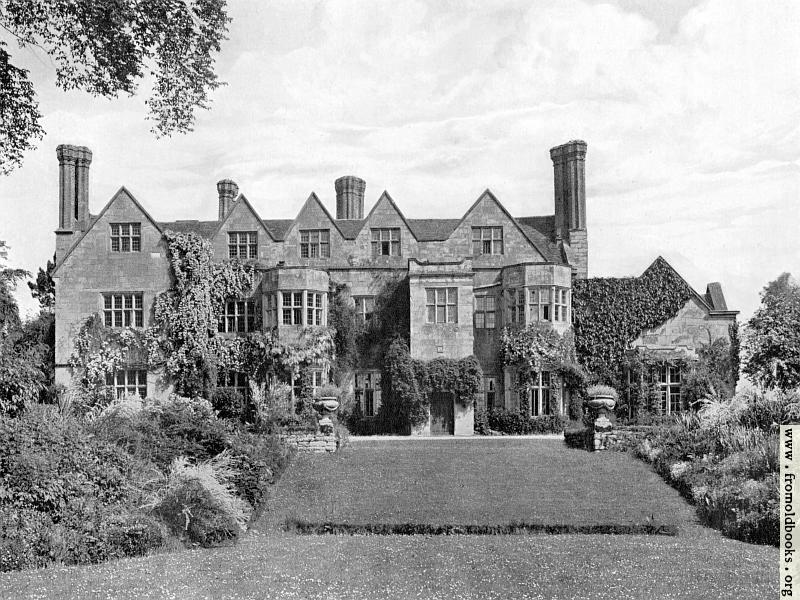 Benthall Hall, North Shropshire.
There were de Benthalls in 1120, and when, two centuries later, a Burnell of Acton Burnell marred their heiress he took her name as well as her property. Their descendants built the present house in the latter part of the sixteenth century. [...] The general appearance and the details consort exactly with what we should expect in a house built in 1583.

I have included many difference versions of this English manor-house picture, some slightly cropped so that they will work as screen backgrounds.