Located near Wimborne, Dorset, and now known for its gardens. It was originally built at the start of the 13th Century, but the entrance shown here is much later, postdating the English Civil War. [more...] [$]


These houses were built some time after 1620, so they are after the Tudor period. [$]


The porch and oriel projections are small, and gable-ended wings stretch forth. [p. xvi]. Nowadays you can stay at Stanton Court Cottages (I think this is the same place; it’s near Broadway, Worcestershire, if so). [more...] [$]


This is a version that I coloured slightly. The photographs in the book are monochrome, so this is just a guess on my part. [$] 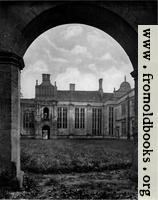 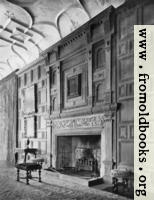 117.—Mantelpiece in the Gallery


Beaudesert was largely demolished in 1936, although the ruins are still there. The building dated from the 15th century, with 16th century additions. This photograph must have been taken not long before the demolition. There are 17 pictures of it, and [...] [more...] [$]


A Corner of the North Elevation showing the position of the lead heads. [more...] [$] 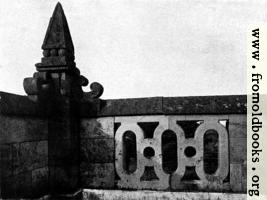