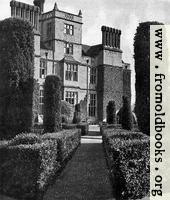 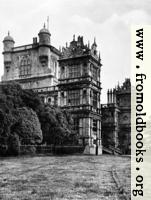 Wollaton Hall From the North-East


Wollaton Hall was designed by Robert Smythson and completed in the 1588. It has been described as the first English house to abandon the traditional central courtyard; instead it had a high-ceilinged [...] [more...] [$] 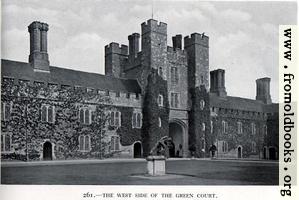 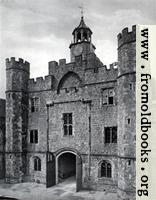 The home of the Sackvilles since 1603; it was first built in and around 1457 by Archbishop Bourchier. [$] 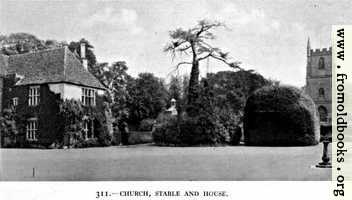 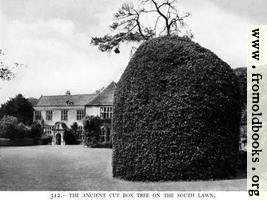 
The Ancient Cut Box Tree on the South Lawn [$]


“It will be noticed that the ceiling is a reproduction of that in the ballroom at Knole (Fig. 294). The panelling is similar to that in the dining-room below, and all came out of the Quenby attics. It forms a beautiful and subdued background for the interesting pictures and [...] latter there are four pieces, evidently of a set, of fine colour and design and with admirable early seventeenth century borders. Horesemen are hunting lions, tigers, and other animals in forests. With full regard to the old spirit, the floor was made of oak planks of varying widths, but all broad and massive. The room has three bays, of which the great ones over the porches give immense character to the room. That over the entrance door is all window, there being ten lights. It is a delightful vantage ground from which to enjoy the grand western view.” (pp. 293, 294). [more...] [$] 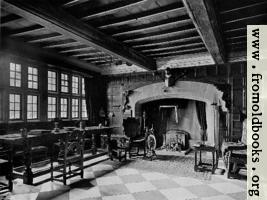 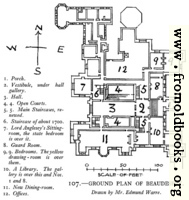