A Treasury of Verse for Little Children (page 2/3)

Frontispiece: What the sun looks like when it’s asleep


A small boy kneels between two trees in a dark forest; behind him is a brown house. In front of him and beneath him is a great cave, brightly lit by the sleeping sun, who has taken the formof a man lying in bed with a beautific smile on [...] [more...] [$]

Title Page from Treasury of Verse

Contents heading with children looking inside a chest


In this line drawing the artist Willy Pogany has drawn a big old chest or trunk, with a boy and a girl looking inside while a cat (with a bow tie) mews at the boy. The chest illustrates (in a visual pun) the word in the background, Contents: this images appeared over the table of contents of this [...] [more...] [$]


The fairy folk climbing a hill made of clouds, and, beneath them, a fairy castle. [$] 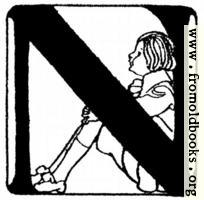 
A decorative capital letter “N” with a child sitting inside it, hands on knees; it was used as a drop cap (dropped capital) at the start of a the poem, Snow in Town. [more...] [$] 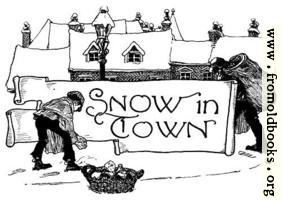 
The title for this poem show a boy gathering a snowball, and some houses with roofs covered in snow, and an old-fashioned lamp-post. [more...] [$] 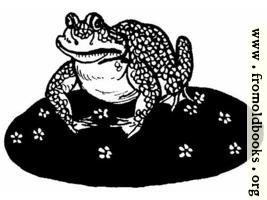 Friend in the Garden 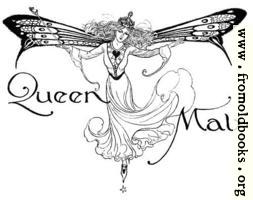 
Queen Mab is a fairy with butterfly wings who brings dreams to people. She was described by Shakespeare in Romeo and Juliet. I also made a version of Queen Mab with no words, and I also coloured in the lines to make a pretty fairy. [more...] [$] 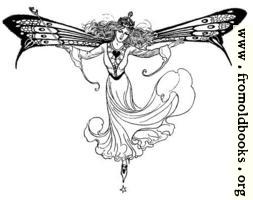 Queen Mab (version without the words)


Queen Mab is a fairy with butterfly wings who brings dreams to people. She was described by Shakespeare in Romeo and Juliet This is a version of Queen Mab with the writing removed, so you can use more easily. [more...] [$] 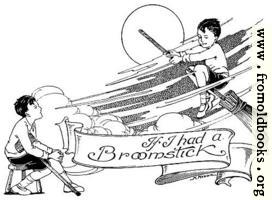 If I had a broomstick 1


Illustration above the start of the poem “If I Had a Broomstick” showing a boy dreaming that he could fly on a broomstick. Maybe he was reading Harry Potter books? [more...] [$] 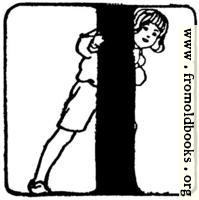 
A decorative capital letter “I” with a child peeking out from behind the letter; it was used as a drop cap (dropped capital) at the start of a paragraph. [more...] [$]