In the desert between Assouan and Philae.details 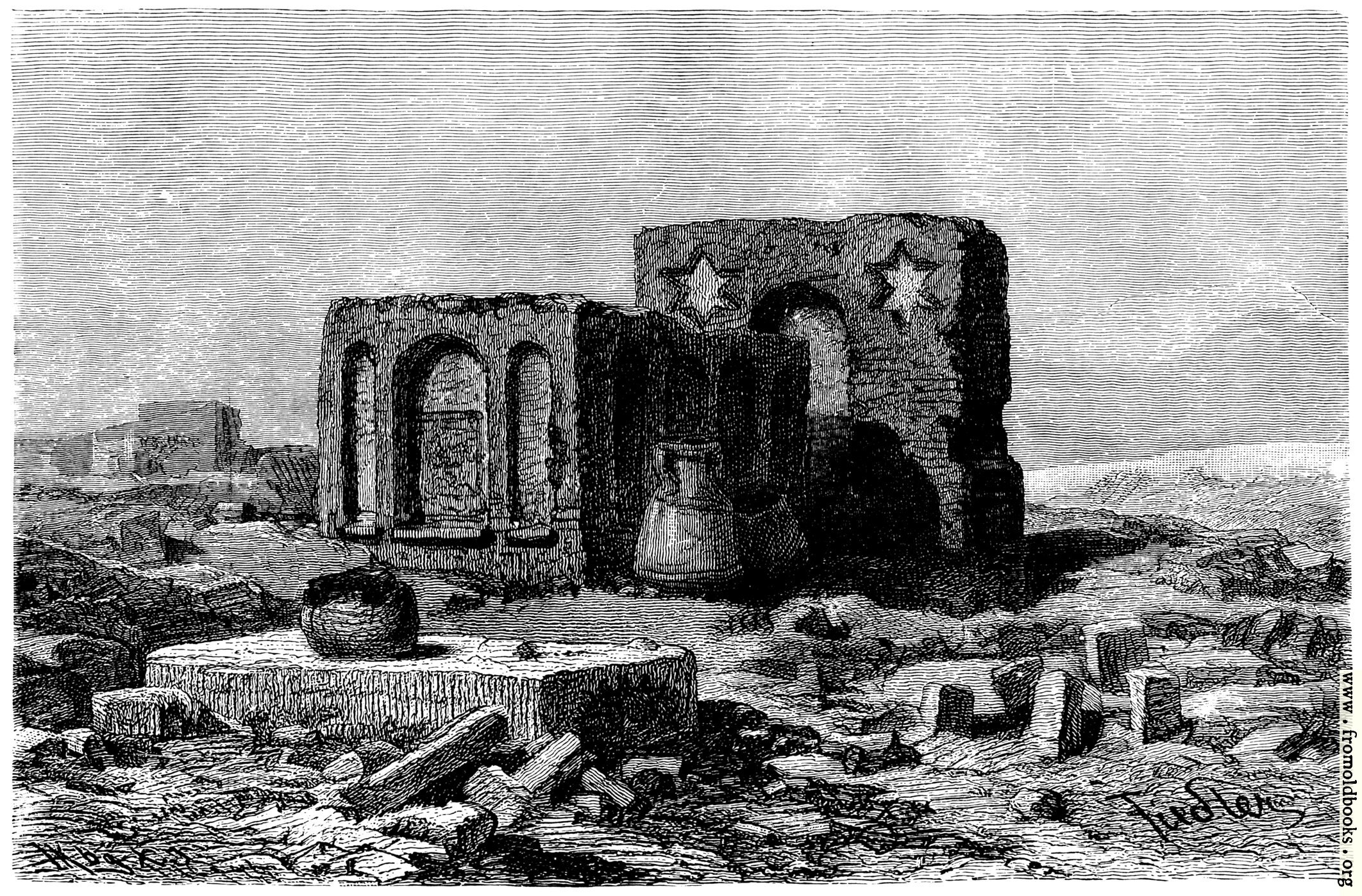 In the desert between Assouan and Philae., in Philae, Aswan, Egypt more

In the desert between Assouan and Philae.

The picture shows what appears to be a ruined building, perhaps a temple or mosque, with two large stars for decortion and with arched windows, with other ruins nearby, but the text suggests that it is a tomb. The ewer near is also suggests that it is only a few feet tall, and not a full-sized building.

A new picture now opens before our eyes: the desert lies all round us, broken only by bare granite rocks and tombs, on which the sand lies like a yellow shroud. The thousands who sleep here are not ancient Egyptians, but Moslems, many of whom lived within the first centuries of the spread of Islam in Egypt, and whose survivors decorated their graves with tombstones which perpetuate their names to later generations.

The oldest of these tablets bear inscriptions in a venerable Kufic character, and date from the ninth and tenth centuries of our era. Texts from the Koran may be read on many of them, which is a singular circumstance, for the prophet desired that such texts should not be inscribed on tombs. Parallel to this vast burial-place, along the middle of it, and in the heights which divide the Nile from the desert, stands a row of more or less handsome mausoleums and tomb-mosques, dating, for the most part, from the time of the Mamelook Sultans [1250 – 1517]. Although they are ill-kept and falling into ruins, they are a great ornament to the landscape, and bear witness to the flourishing condition of Assouan under the dominion of the Khalifs. Many of them remind us of the graves of the Mamelooks in the vicinity of Cairo; and the cemetery of Assouan is not much inferior in extent to the Karafeh at the foot of the citadel in the capital of the Khedive. (pp. 354,355)