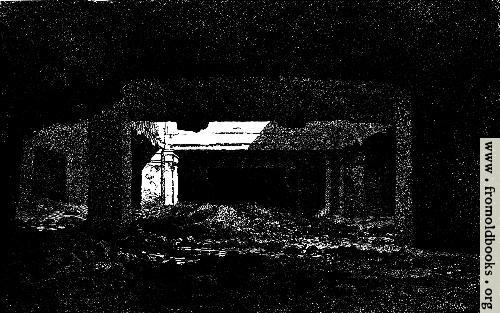 By far the most magnificent portion [of Alexandria] was the Bruchium (granery, or height), bathed by the waters of the Great Harbour, and adjoining the oldest part of the city, namely, the original fishing port of Rhacotis. This old quarter was always the residence chiefly of Egytians; and, as in all Egyptian cities, on its western side lay its “City of the Dead.” For, as the sun after its day’s course sinks in the west, so the soul after its life’s course, found its rest there where spread the desert inimical to all life, and where the realm of death was supposed to lie. The colonists, following the example of the Egyptians, interred their dead there too, until late Christian times; and the traveller who at this day visits the neighbourhood of Pompey’s Pillar, and wanders westward along the sea-shore, will come upon tombs hewn in the rock, and farther inland will find catacombs of considerable extent. Even in Alexandria, the native Egyptians had their dead embalmed, while the Greeks adhered to their national custom of cremation.” (p. 7)