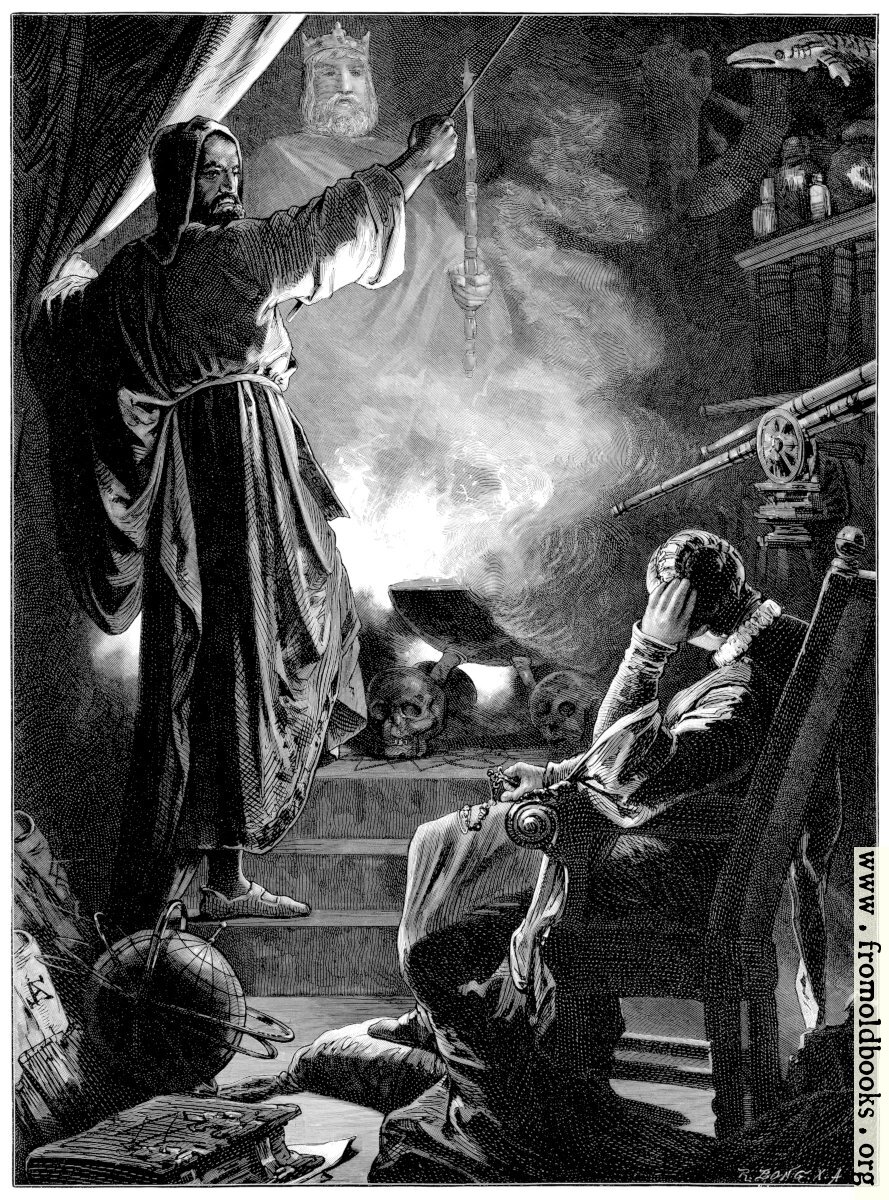 This scene probably shows the astrologer and occultist Cosimp Ruggieri predicting that one of the sons of the queen regent of France, Catherine de Medici (Katharina von Medici, or Caterina de Medici), would become king. He predicted this of all three of them and told her how long each would live. Cosimo, or Côme, Ruggieri was Italian, but lived in Paris; he died in 1615.

Here he stands before a fire in front of which stands a large steaming bowl resting on four human skulls; he gestures with a wand: the image of a king appears in the background, on the vertical mirror that’s behind the curtan the magician draws aside. The French queen sits to the right holding a cross and rosary; to the left a globe and an old book closed with heavy brass clasps.

The painting is signed, R. Bong X.A. (which is, engraver), and in the book from which i scanned it, is atttributed to A. Zick, presumably the German artist Alexader Zick.