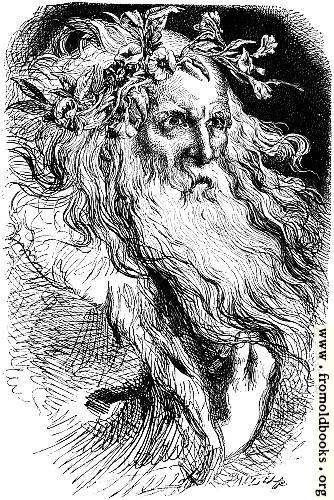 (That is, the caption said that in 1901 the Brothers Dalziel had permission to use the image)

The drawing of King Lear shown here was made for Staunton’s “Shakespeare,” published by Routledge. Sir John Gilbert was a prolific illustrator who worked for many years for the Illustrated London News, producing by one account over 30,000 drawings.

There is no clear indication of which of the Dalziel brothers did the engraving, although Dalziel does appear at bottom right as a signature.