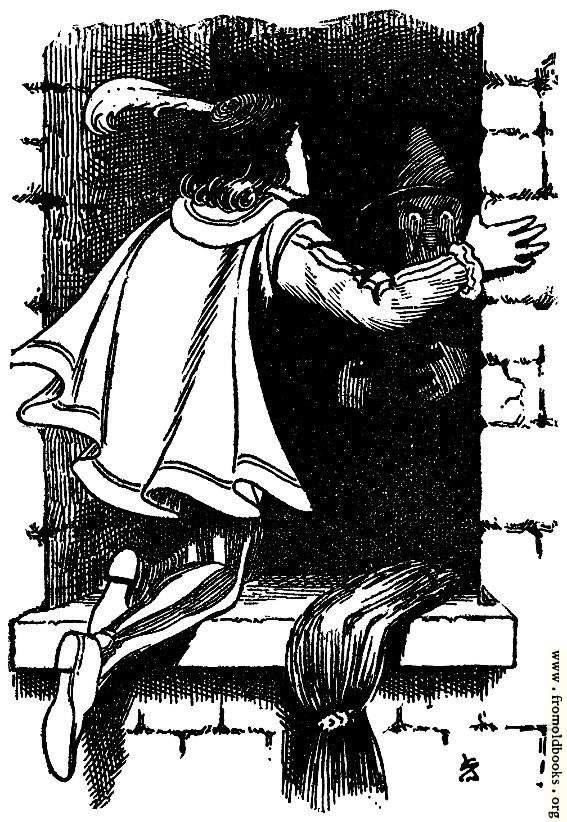 Dunstan and the Devil more

Dunstan and the Devil

A young man (the devil in disguise) kneels on a window-sill looking in at a very frightened person within.

Dunstan, Abbot of Glastonbury Abbey, was one of the most sagacious of these monks. He was an ingenious smith, and worked at a forge in his little cell. This cell was made too short to admit of his lying at full length when he went to sleep—as if that did any good to anybody!—and he used to tell the most extraordinary lies about demons and spirits, who, he said, came there to persecute him. For instance, he related that, one day when he was at work, the devil, in the form of a beautiful youth, looked in at the little window, and tried to tempt him to lead a life of idle pleasure; whereupon, having his pincers in the fire, red hot, he seized the devil by the nose, and put him to such pain, that his bellowings were heard for miles and miles. Some people are inclined to think this nonsense a part of Dunstan’s madness (for his head never quite recovered the fever), but I think not. I observe that it induced the ignorant people to consider him a holy man, and that it made him very powerful. Which was exactly what he always wanted. (p. 34)