Many are the pleasant and busy towns and villages which look forth upon [the River Severn at the Bristol channel] in its salted and merged condition and know it not. Of these, Clevedon alone may be indicated, for Tennyson’s sake, in his familiar tribute to our stream; for in this bright and growing health-resort for Bristol’s workers Arthur Hallam, his friend, lies buried: [more...] [$] 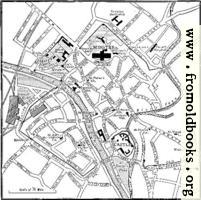 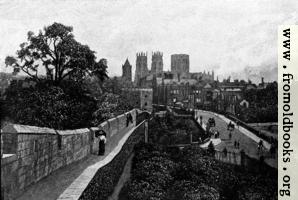 York Minster from the Walls


“It is almost impossible for a Yorkshireman to write of York in anything but the language of enthusiasm. To him York is what Rome is to the Roman, Paris to the Parisian, Jerusalem to the Jew. London and Winchester may have charms for him if he be a student of history, but York in is opinion is the true capital of England. She was proud and imperial [...] [more...] [$]


“Beyond the Confessor’s Chapel, and beyond the imposing Chantry of Henry V., is Henry VII.’s splendid chapel, in the Perlendicular style, with a richly decorated ceiling of fan tracery, and lined with the ancient stalls of the [...] [more...] [$] 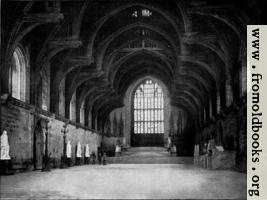 
“Westminster Hall, built [...] by [William] Rufus, and rebuilt by Richard II., is one of the largest chambers in the world, its fine timbered roof unsupported by pillars. [more...] [$] 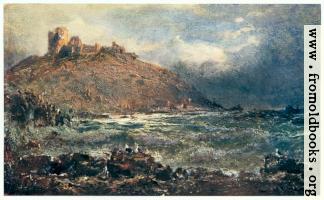 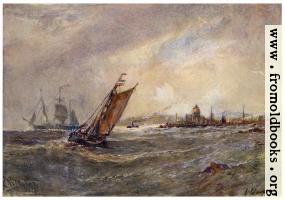 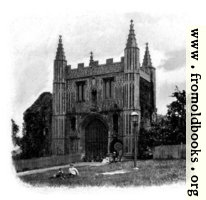 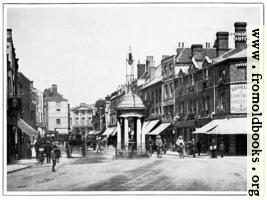 
The high street [US: main street] in Chelmsford, Essex, around 1900. There are people riding bicycles, carts and carriages drawn by horses, and a sign visible reading [...] [more...] [$]