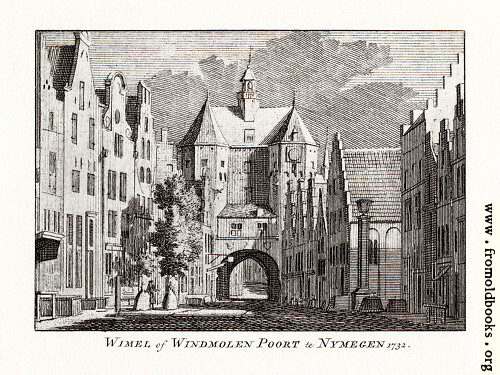 Wimel of Windmolen Poort in Nijmegen, Netherlands, as i appeared in 1732. This was a gate in the old city walls, and was built in 1436 when the city was expanded. There is a more recent photograph of Molenpoort, now called Molenpoort Passage and a shopping centre: the ancient gate no longer stands.

There is also a widescreen version of this picture.