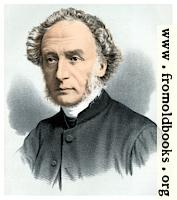 Bishop of Gloucester and Bristol


Charles John Ellicott was born in 1819 in Whitwell, between Stamford and Oakham in Rutland, and died in Kent in 1905. As a bishop he was a supporter of the temperance movement in England. [more...] [$] 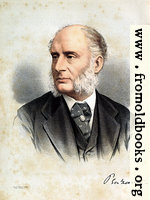 
A colour portrait of Mr. James Plaisted Wilde, the fourth son of Edward Archer Wilde, Esq., born in 1816. He became Judge of the Court of Probate and Judge Ordinary of the Divorce Court in 1863; he was made Baron Penzance of Penzance, in Cornwall, in 1869. In the nineteenth century, Penzance was associated with the Public [...] [more...] [$]