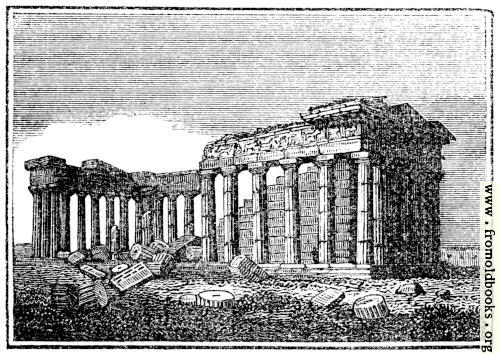 The Parthenon., in Athens,Greece more

The engraving (probably a wood-cut) features a fairly rough drawing of the Parthenon; it was presumably made from a drawing from no later than the early 1800s. There is no credit to any artist that I can find.

Athens, now called Athiniah or Setines, once a splendid city, and one of the most celebrated in the world, is now greatly reduced, and contains only about 10,000 inhabitants. Here are still to be seen many monuments of ancient splendour, among which is the citadel including the Parthenon or Temple of Minerva, the grand display of Athenian magnificence, and one of the most interesting remains of antiquity in the worls. (p. 142)