Room in which Lawrence Washington was born, Sulgrave Manordetails 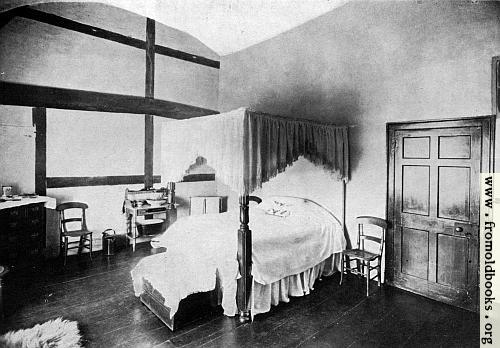 Room in which Lawrence Washington was born, Sulgrave Manor

“Lawrence Washington, of Gray’s Inn, lived in or near Northampton before his removal to Sulgrave, and besides being a successful wool merchant, was evidently a man of some importance in the community, as he was twice Mayor of the town and one of the original trustees of the Free Grammar School. It was not from Lawrence Washington’s eldest son, Sir Lawrence that our Virginians were descended, but from his second son, Robert.

Robert Washington and his wife lived at Sulgrave until 1610, when he and his son, Lawrence, sold the Manor to Lawrence Makepeace Esq., of Loncoln’s Inn. Although Robert Washington did not own Sulgrave Manor after 1610, he desired that his body should be buried there where his father was burieed, in front of his pew in church, under the same stone. Lawrence Washington, sone of Robert, died before his father and was buried at Brington in 1616. His son, the Reverend Lawrence, of Purleigh, born in 1602, was the father of the John Washington who came to Virginia about 1657.” (p. 101)

See the Location link for other pictures of Sulgrave Manor and of Oxfordshire.