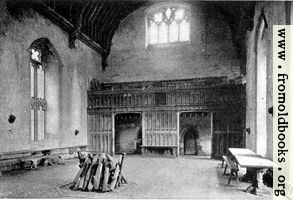 
“On the left are the buttery and the kitchens and, separated from the stone passage by a screen of carved oak panels, is the Great Hall, the glory and wonder of the castle, with its open timber roof, its minstrels’ gallery, its “dais” reaching across the end of the hall, on which was placed the table for the Lord of the Manor and his guests. The [...] [more...] [$] 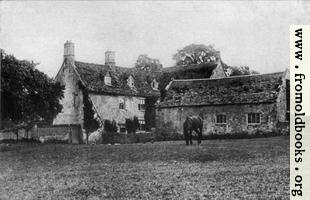 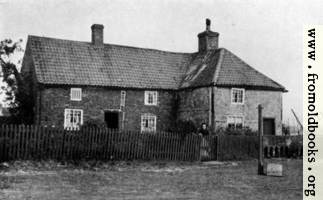 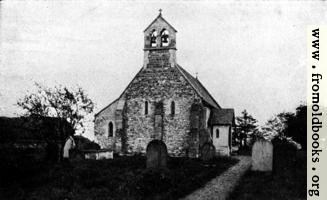 
“Austerfield is a typical north country village. Less picturesque than such midland and southern hamlets as Brington, Ecton and Penshurst, these northern villages, with their steep-roofed, narrow-gabled houses of brick and stone, substantial, and built to keep out the winter storms, which are severe in this part of England, with no attempt at ornament, [...] [more...] [$] 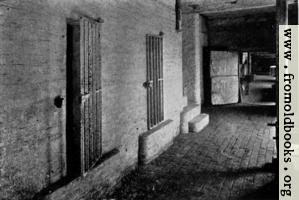 Cells at town hall, Boston, England, where the Pilgrim Fathers were confined


A photograph of a prison, jail or gaol, showing the iron bars of open cell doors. According to the extract from the book that follows, the “Pilgrim Fathers” (a group of Puritans, a sort of fanatical and intolerant Christian religious sect that was also associated with the Civil War in England) were arrested trying to leave the country, stripped, [...]wallpaper version of this image, for use as a computer desktop background if you are of a dismal disposition. [more...] [$] 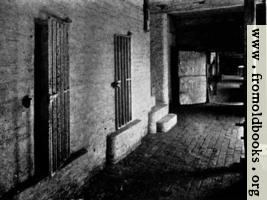 
A version of Prison Cells... for use as a computer desktop background image (root wallpaper or whatever you call it on your system). I cropped the image and increased the contrast to make it more atmospheric. [more...] [$]