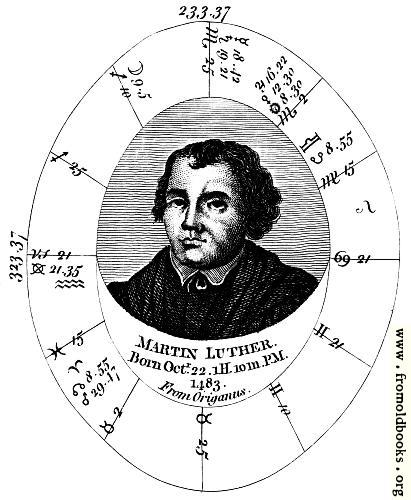 The nativity of this celebrated divine is remarkable for having so many planets located in the ninth house. Saturn and Mercury are in conjunction in the sign Scorpio, which afford a striking presage of the zeal and perseverance of his mind; whilst the five planets in the ninth house declare his success in religious controvery. There is no need of pointing out the several directions; they are already considered by the ingenious Mr. Gadbury; and it will be no improper exercise for such of my readers who have an inclination to become further acquainted with this science, to collect the several configurations and directions from the horoscope in the annexed plate, and to equate and bring them up, according to the rules heretofore laid down.” (p. 889)