The Harmony of the Worlddetails 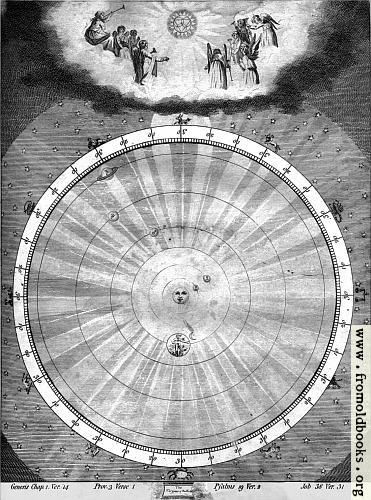 The Harmony of the World more

The Harmony of the World

The Biblical references at the bottom of this picture as as follows:

Proverbs 3:1 reads My son, do not forget my teaching, but let your heart keep my commandments; 2 for length of days and years of life and abundant welfare will they give you.;

Psalm 19:2 reads The heavens are telling the glory of God; and the firmament proclaims his handiwork. 3 Day to day pours forth speech, and night to night declares knowledge.;

Job 38:31 reads Can you bind the chains of the Plei’ades, or loose the cords of Orion? 32 Can you lead forth the Maz’zaroth in their season, or can you guide the Bear with its children? 33 Do you know the ordinances of the heavens? Can you establish their rule on the earth?