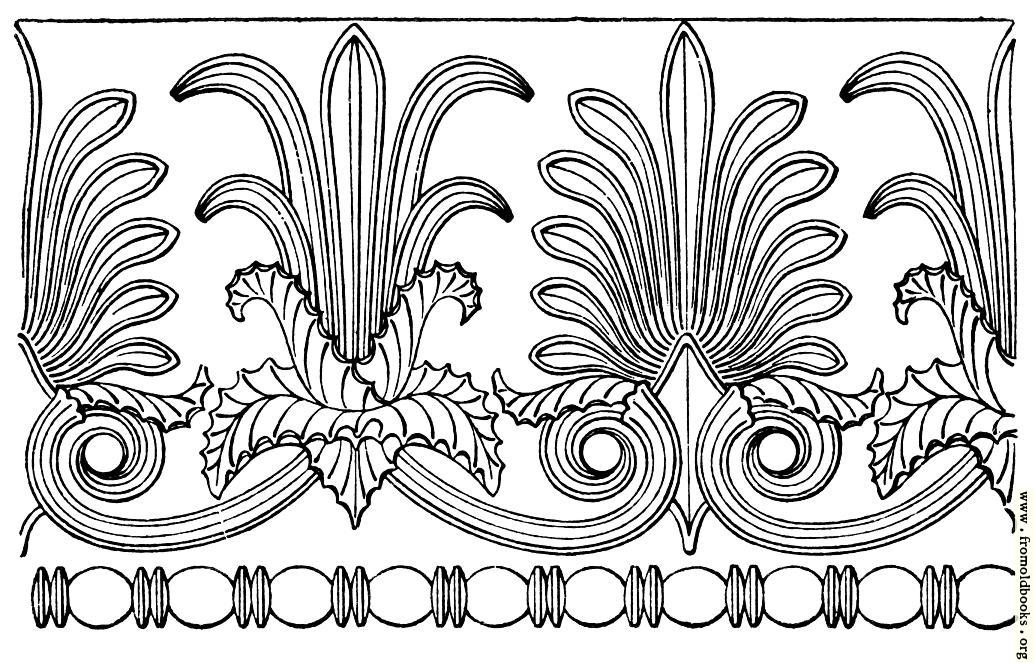 88. Ionic Order.—In Fig. 54 is shown a frieze from the principal Ionic temple in Athens, the Erechtheum, the style of which is typical of this class of relief ornament throughout Greek design. it is plainly a development, in relief, of the brush forms shown in Fig. 47; and the addition of scrolls at the bottom, and leaves, from which the forms appear to spring, is due to a conventionalization of the acanthus leaf, which first makes its appearance in art through its introduction into Greek architecture.

I’d take that extract with a pinch of salt: the writer has absolutely no way of knowing that there was no earlier depiction of the acanthus leaf! Beware that the diagram is hand-drawn, so won’t make a regular border without a tiny bit of stretching; for this reason I have left a white border all round.