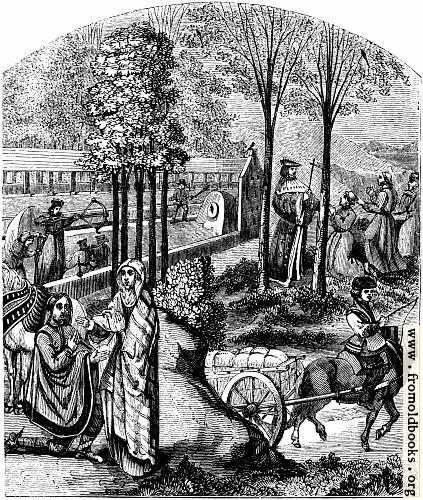 A “butt” is an old name for a target used for longbow archery practice; the place where people practice to fire arrows is called an archery butts. The targets were usually placed on mounds of earth.

In this wood engraving an archer can be seen in the background on the left, and the target in the middle. To the right of the target a king holds a cross and people pray; in the foreground a knight beside his horse kneels and appears to be asking for the hand of a lady; perhaps she is the king’s daughter. Behind her, a rider brandishes a whip to the horse that pulls a cart laden with bales.