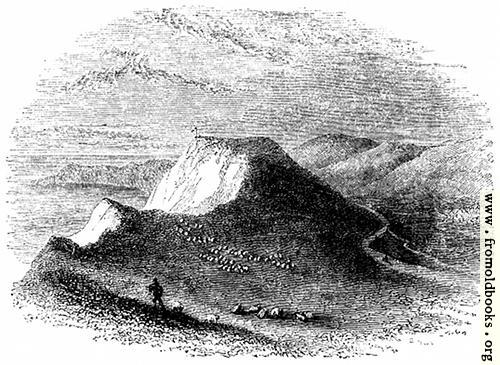 A shepherd tends his sheep on the side of a hill.