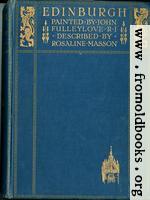 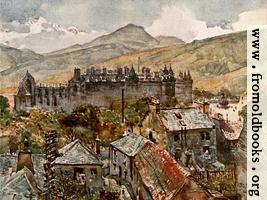 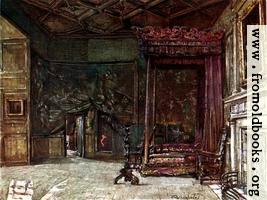 The Apartments of Mary Queen of Scots in Holyrood Palace 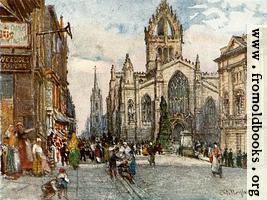 
“The status of the Duke of Buccleuch shows immediately under the tower of the Cathedral, backed by the modernised west end of the building. Farther down the High Street, to the east, is the Tron Church, while to the right of the picture is a portion of the new County Hall. On the extreme left is the entrance from Lawnmarket to Baxter’s Close, where [...] [more...] [$]