Alice stretches her hand and tries to grab the White Rabbitdetails 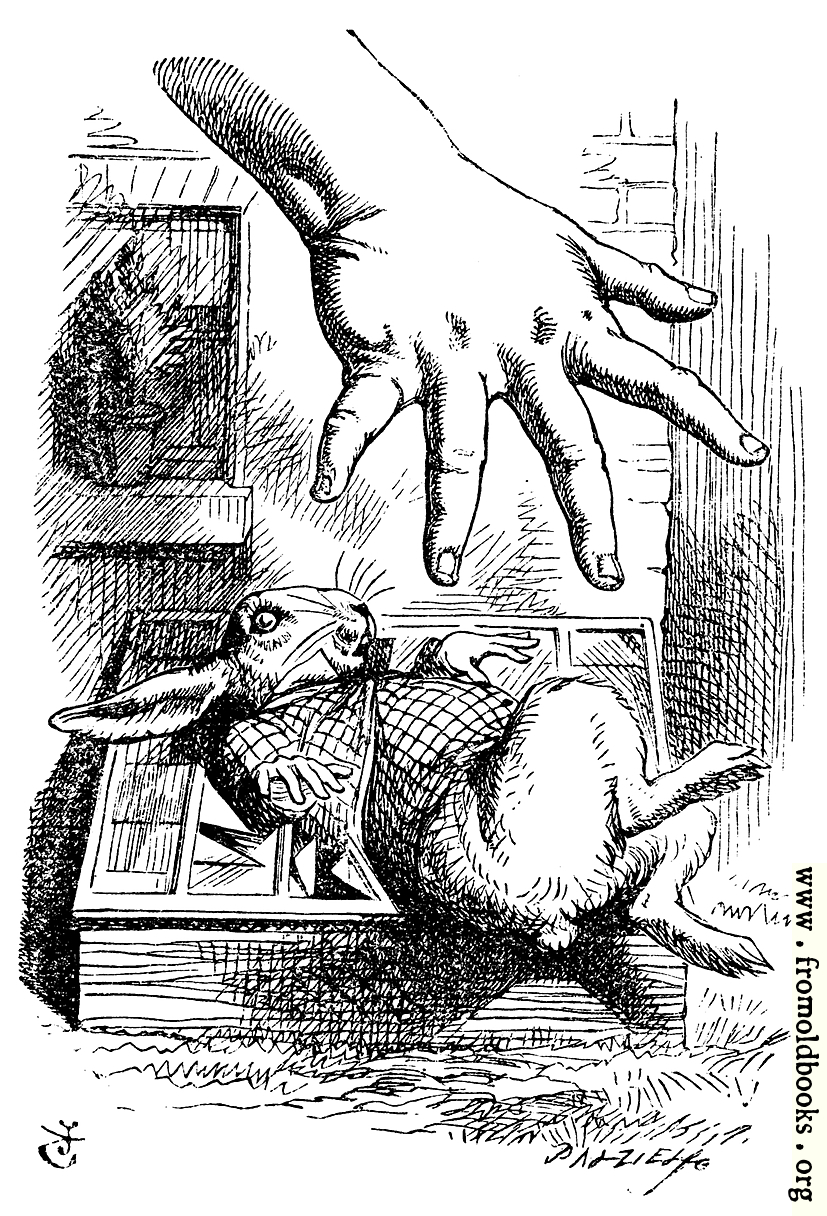 “Presently the Rabbit came up to the door, and tried to open it; but, as the door opened inwards, and Alice’s elbow was pressed hard against it, that attempt proved a failure. Alice heard it say to itself ‘Then I’ll go round and get in at the window.’

‘That you won’t’ thought Alice, and, after waiting till she fancied she heard the Rabbit just under the window, she suddenly spread out her hand, and made a snatch in the air. She did not get hold of anything, but she heard a little shriek and a fall, and a crash of broken glass, from which she concluded that it was just possible it had fallen into a cucumber-frame, or something of the sort.”