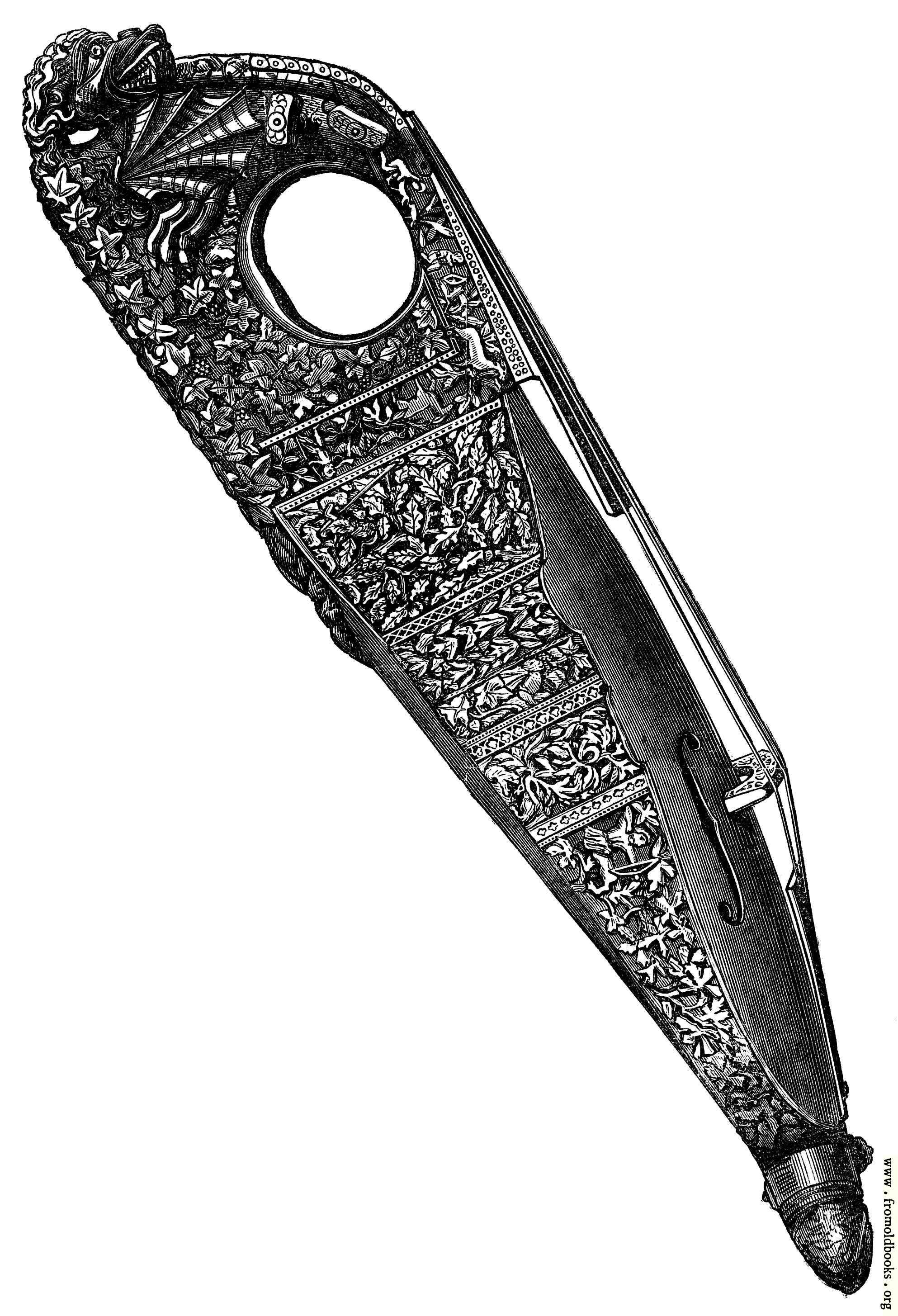 The Earl of Warwick sends a boxwood violin, carved with woodland scenes, bearing the date of 1578, which was given by Queen Elizabeth to the Earl of Leicester, and which our present Queen [Victoria] examined with particular interest when she visited the museum a fortnight ago.” (p. 368)

“Our illustration marked K represents the boxwood violin, bearing the arms of Queen Elizabeth [the first] and the Earl of Leicester engraved in silver on its finger-board, to which we have referred. It is described both by Hawkins and Burney, in their books on the history of music, having belonged to the Duke of Dorset, at the sale of whose furniture it was bought by Mr. Bremner, in the Strand. It is two feet long from the extremity of the tail-pin to the dragon’s head, and carved with a woodman cutting at the fallen branches of an oak, and with another man beating down acorns for hogs to eat, besides much foliage and other ornamentation. From the thickness of the wood and from its encumbrance with these decorations, the tone of the violin is but dull and sluggish; and the neck, being too thick for the hand to grasp, has a hole for the player’s thumb, by which the hand is so confined that the range of fiddling performance must be very limited. Upon the nut which fastens the tail-piece is the date 1578, with the initials J. P., which may be those of J. Pemberton, a maker of [s]ome celebrity at that time. Some antiquaries, however, think the carving is very much older, and that it formed part of another violin made long before.” (p. 368)