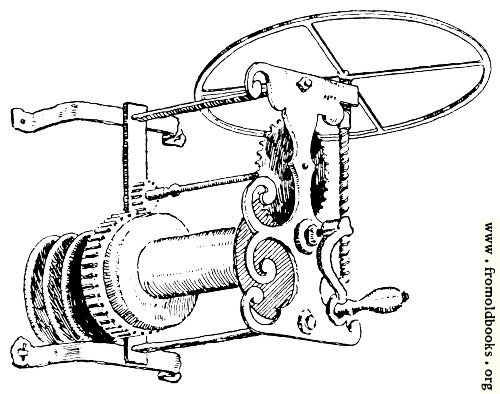 A meat jack was a device used for hanging meat in front of a fire to roast. The meat had to be turned frequently so that it cooked evenly; a meat jack was a device for doing that. Some were clockwork; I suspect this one had chains hanging over the toothed discs near the wall, with pendulum weights rather like a grandfather clocks, and you turned the handle at th front to raise the weights to start the process. The meat would hang from the wheel at the top.

The scrollwork faceplate on this vintage meat jack shown in this sketch is described as thirteen inches high.

I suspect the device as pictured here may be upside-down, since the meat probably has to hang from the large wheel.