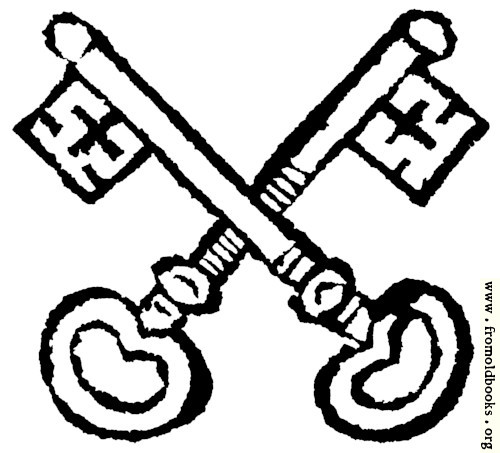 A woodcut of two vintage keys (skeleton keys), crossed one over the other, their handles towards the bottom, taken from an heraldic shield. St. Asaph is a city in Denbigh in Wales, and is one of the smallest in the United Kingdom, with a population of under 4,000 people in 2011. The cathedral city was part of Flintshire between 1542 and 1972. The city is named after Saint Asaph of Llanelvy in Wales.

The Bishoprick of St. Asaph has for its Seal; Sable, two Keys in Saltire, Argent.